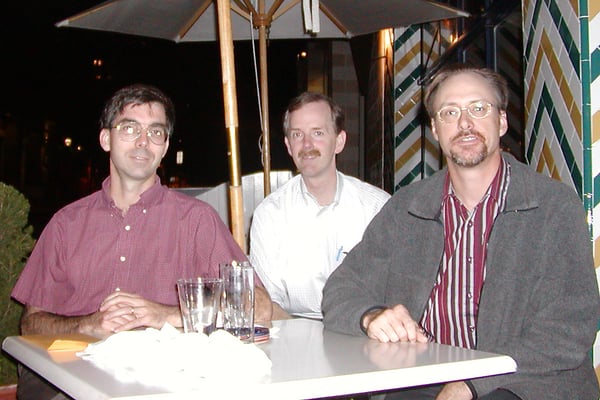 A bad economy in the mid-1970s meant Marc Buie’s parents couldn’t keep their promise to send him to MIT. Tuition was $250 a semester at LSU in 1976. Buie, a product of Baton Rouge public schools, stayed home.

Following his physics degree, Buie (1980 BACH SCI) earned a Ph.D. in planetary science at the University of Arizona. “I wouldn’t trade LSU and the University of Arizona for anything,” said Buie, who helped guide NASA’s New Horizons spacecraft past Pluto to a photographic rendezvous with Ultima Thule, a peanut-shaped rock just 21 miles long and four billion miles from Earth. “I know people who went to MIT; I can kick their butts,” he laughed.

The kid from Broadmoor High with a chip on his shoulder liked the physics department at LSU from day one.

William O. “Bill” Hamilton, LSU physics professor emeritus, had come from Stanford University in 1970 to start what became a precursor of LIGO, the gravitational wave detector that won the Nobel Prize for some of its researchers. Physics researchers in other places were doing similar, pre-LIGO work. Hamilton’s presence at LSU influenced the construction of the Laser Interferometer Gravitational Wave Observatory in Livingston Parish. In 2016, LIGO in Louisiana and a sister observatory in Hanford, Wash., confirmed the existence of gravity waves.

Though Hamilton’s work at LSU failed to detect gravitational waves, it did generate waves of influence that washed over undergrads in the physics department. Hamilton’s work exposed Buie and classmate Robert Gardner to big-time physics and life in the basement of Nicholson Hall, then a sort of LSU physics clubhouse. “All the guys who worked in the basement,” Hamilton said, “they were the strong backs, you might say. They learned to use all the machines in the machine shop. Mostly, what they learned was that everything’s not in books.”

Hamilton’s students say he provided a sophisticated playground for undergraduates in physics and much needed money in the form of student jobs that hardly seemed like work. “I’ve been trying to pay back Bill Hamilton my whole career,” said Buie from his desk at the Southwest Research Institute in Boulder, Colo. “I’ve tried to provide those opportunities to undergraduates, particularly undergraduates. That’s what Dr. Hamilton did for us.”

“Marc’s real mark,” said Hamilton, “was once he started something he did it all the way. New Horizons and the trip to Patagonia showed that.” 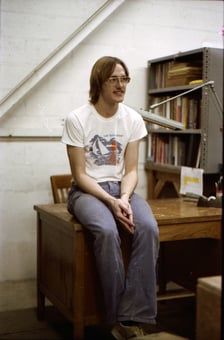 Buie showed the old Nicholson basement can-do in Patagonia where he and fellow astronomers had gone to try to see an occultation or shadow of Ultima Thule as it passed in front of a star. The window was tiny, the chance for a sighting just seconds in duration. Local Argentines, impressed by the astronomers’ traveling so far on a mysterious – let’s say it, loony – mission, pitched in. They produced tarps to block the wind buffeting sensitive telescopes and brought up freight trucks for shelter. Police blocked a highway for two hours. “I have never in all my years doing this work seen a community so accommodating, especially for this crazy idea,” Buie told The Advocate’s Steve Hardy.

Classmate Robert Gardner was the first to move his desk to the basement of Nicholson. “We studied down there because we wanted to be close to Dr. Hamilton’s gravitational wave experiment,” Gardner said. “We were only paid for twenty hours, but we were available for work all the time. We knew how special the gravitational wave project was. It was leading-edge, full-scale physics.”

“It was just my dumb luck to work with Dr. Hamilton,” Gardner continued. “I learned a lot, though I don’t think I contributed anything to the work. Marc and John Villarrubia (another basement dweller) were world-class smart people. I wanted to put my B.S. in physics to immediate use.”

Along with Hamilton, Buie said professors Richard L. Imlay, William J. Metcalf, and Paul N. Kirk were the kind of teachers “you interact with, who have the mindset that feeds forward in whatever you do.”

Buie meant to go to grad school in physics. “I had no training in astronomy.” Kirk, whose course in quantum mechanics Buie described as “so hard, he really worked us,” suggested Buie apply for a graduate program in planetary science.

Google “New Horizons – Summiting the Solar System: Part 1 and Part 2” for the story of Buie’s and other scientists’ work in the fly-by of Pluto and Ultima Thule.