The LSU Alumni of the Year designation is the highest honor awarded to a distinguished graduate of LSU by the association. The first award was conferred in 1966; the Young Alumni of the Year Award was established in 1999 to recognize alumni under the age of 40 who have attained professional prominence early in their careers. The LSU Alumni Association has recognized over 320 individuals representing a cross-section of LSU graduates.

What are the criteria for an LSU Alumni Hall of Distinction Nominee?

Nominations are now open for the 2023 LSU Alumni Hall of Distinction.

To nominate someone, please click the online form below and log in to complete your nomination by July 15, 2022.

If you have any questions, please contact Brandli Greer (brandli@lsualumni.org) or call 225-578-3838.

"D-D” Breaux, retired head coach of LSU Gymnastics – and the longest-tenured coach of any sport in SEC history. She built the LSU program into a national powerhouse during her forty-three seasons. As the “Dean of Coaches,” she represented the University at the highest level in the gym and in the community, dedicating her life to LSU and more than 200 gymnasts she coached over the years.

2022 YOUNG ALUMNUS OF THE YEAR 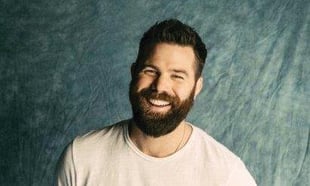 Jordan Davis’ talents take him across the country, but Louisiana – his home state – and LSU stays in his heart. His debut studio album “Home
State,” named in honor of Louisiana, features songs that started in Baton Rouge, and though the song “Home State” didn’t make the album, it talks about Saturday nights in the city. The professional country music artist boasts numerous recognitions and awards and was nominated for the Musical Event of the Year at the 2022 CMA Awards.

Cate Heroman – teacher, administrator, advocate, consultant, coach, author, and volunteer – has distinguished herself as a true LSU Tiger who pursues excellence, equality, and access to high-quality early childhood educational programs for Louisiana’s children. During more than forty-five years as an educator, she has worked with children and families
in schools, education districts, the Louisiana Department of Education, military programs, Head Start programs, public/private schools, and childcare centers.

Dr. Gil Rew has been engaged in the practice of general dentistry for forty-three years and has earned awards for the active involvement and leadership roles in numerous professional and civic organizations at local, parish, and state levels. High on that list and close to his heart is LSU. He helped organize and lead the LSU Alumni Association’s DeSoto Parish Chapter, which raised more than $420,000 to support local and endowed scholarships and awards, including three Top 100 Scholarships.

Ivory A. Toldson, Ph.D. is the National Director of Education Innovation and Research for the NAACP, a professor of counseling psychology at Howard University, and editor-in-chief of The Journal of Negro Education. Toldson was appointed by President Barack Obama in 2013 as the executive director of the White House Initiative on Historically Black
Colleges and Universities (WHIHBCUs) and charged with devising national strategies to sustain and expand federal support to HBCUs.

ABOUT LSU ALUMNI HALL OF DISTINCTION

The LSU Alumnus of the Year designation is the highest honor awarded to a distinguished graduate of LSU by the association. The first award was conferred in 1966; the Young Alumnus of the Year Award was established in 1999 to recognize alumni under the age of 40 who have attained professional prominence early in their careers. Including the 2020 inductees, the LSU Alumni Association has recognized 307 individuals representing a cross-section of LSU graduates.
Louisiana State University has a tradition of graduating students who go on to achieve national and international prominence. In its one-and-a-half centuries of operation, the University has produced leaders in education, agriculture, the sciences, the arts, government, commerce, industry, technology, and social advocacy.

The LSU Alumni Association Hall of Distinction recognizes alumni who have distinguished themselves and LSU through their careers, personal and civic accomplishments, volunteer activities, and their loyalty to their alma mater.

Included in the Hall of Distinction award ceremony is the bestowal of the prestigious Alumnus of the Year Award. One individual is singled-out not only for their distinguished accomplishments but also for their loyalty and generosity to the University and the LSU Alumni Association.

The LSU Alumni Association, formerly known as the LSU Alumni Federation, began recognizing distinguished alumni in 1966 when The Alumnus of the Year Award was bestowed upon military hero Major Roy J. Young.

The tradition continued until 1981 when the Hall of Distinction was created to recognize and honor more alumni and other outstanding individuals who have made significant contributions to society and whose achievements have brought credit and distinction to LSU.

In 1984, a selection committee was created and included four representatives of the Association along with four representatives, whose names remain anonymous, serve as a staggered three-year term and are charged with the task of reviewing hundreds of nominations and casting votes for the top candidates. The final candidates are reviewed and voted on by the Honors and Awards Committee and presented for final approval to the board of directors of the LSU Alumni Association.

The LSU Alumni Association began accepting nominations for its Young Alumnus of the Year award in 1999. The award is specifically for alumni under the age of 40 who have attained prominence early on through their efforts in commerce, industry, technology, agriculture, engineering, the arts, the sciences, education, government, and other worthy endeavors.