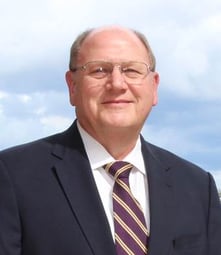 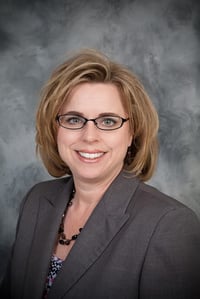 Monk, interim president and CEO, retired in 2012 after a thirty-three-year career in the Legislative Fiscal Office, serving as fiscal analyst, senior fiscal analyst, and staff director before being elected legislative fiscal officer by the Louisiana Legislature in 2005. He holds two LSU degrees, a bachelor’s degree in general studies and a master’s in public administration (MPA), and was named a Distinguished MPA alumnus in 2008. He serves on the LSU Public Administration Advisory Board; is a member of the Association, LSU Foundation, Tiger Athletic Foundation; and serves on the finance committee and church council of First United Methodist Church.

Abshire, vice president of advancement, most recently served as the chief fundraiser for the Catholic Diocese of Baton Rouge and was previously in development, stewardship, communications and alumni relations positions in the College of Engineering and School of Social Work at LSU. Abshire earned a bachelor’s degree in education and a master’s in social work from LSU. She is a Certified Fund Raising Executive and an active member of the Association of Fundraising Professionals, Greater Baton Rouge Chapter; Rotary Club of Baton Rouge; and Planned Giving Society of New Orleans.

Johnson, marketing assistant, is a 2018 LSU marketing graduate. She held student assistant positions at the Association, in the Office of Academic Affairs and at the Cox Communications Academic Center for Student Athletes. While a student, she was active in numerous student organizations, among them Leadership LSU and Delta Sigma Pi professional fraternity; served on the Provost’s Operational Excellence Strategic Planning Subcommittee and LSU Rebranding Committee; and was a member of the University Student Leadership Cabinet.