What This Season Meant to LSU Alumni & Fans

LSU alumni, fans, and admirers new and old took to social media to offer sentiments after LSU Football became National Champions and arguably the best college football team to ever play the game. It meant so much to our university, our state, and our alumni.

We came across Justin Jones' (Political Science '13) words and couldn't explain it better than he did. Check out what he had to say along with dozens of reactions from notable LSU alumni and admirers.

With all of that being said, I’m going to talk about being an alumnus of the best university in the nation. In my four years, I experienced three bowl losses. In 2012, we started the year off with a loss to Alabama in the National Championship and ended the year with a loss to Clemson in the Peach Bowl. Those were my last two bowl games as a student.

Last night felt like redemption. It was win or bust, and we came out victorious! I’m extremely proud of my alma mater. Not only is Louisiana State University National Champions, but we are the flagship institution for the great state of Louisiana. We are a land, space, and sea grant institution with research that has the opportunity to impact our daily lives. We are enrolling record breaking classes and producing graduates who are outperforming their peers in their given fields. These are the reasons to come to LSU. Be a champion on the field and off. Proud to be a Tiger!

Thank you LSU Football for making all of us proud. - Justin Jones

Drew Brees - "Congratulations to LSU on winning the national championship last night. Probably the greatest College football team in NCAA history. The run they made this year was remarkable. Unbelievable talent, but more so than that, these guys played for each other. It was fun to watch!" 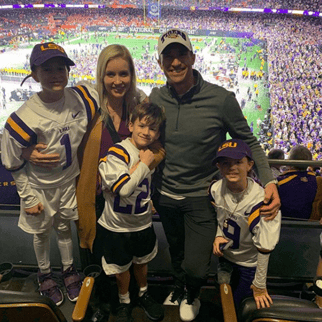 Tim McGraw - "@LSUFootball baby!!!! Congrats on the big win... was amazing to be in NOLA for the #NationalChampionship last night! Thank you all who came out!! #GeauxTigers"

Lauren Daigle - "Last night may have been one of the most memorable nights of my life. Thanks to @cfbplayoff for giving me and my family one of the most legendary nights of our lives! I am so grateful for the opportunity & honor of singing our National Anthem! I grew up on @lsufootball We had season tickets since before I was born. My grandparents worked there for over 30 years. I attended my first LSU game in Death Valley at 4 years old. I remember the goosebumps that stadium sent through my body. Never would I have imagined 24 years later that I would be singing the National Anthem at such a monumental game in front of our @lsu Tigers. And that was just the beginning. As an LSU Alumni, I could not be more PROUD of the outcome of that game. #foreverLSU #GEAUXUSA #GEAUXTIGERS" 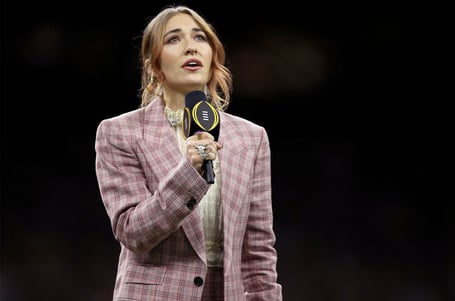 Donald Trump - "This LSU team will long be remembered as one of the greatest in college football history."

Jacob Hester - "It’s that moment that you realize you are National Champions. Every sprint, every workout, every film session, and every practice race through your mind. The lifetime bonds that you created hit you all at once. Soak it all in fellas. You’re legends. You’ll be remembered FOREVER."

Michael Thomas - "Value the person who lost it all and got it back. #Geauxtigers #O-H love you bro @Joe_Burrow10 and congratulations you did that!" 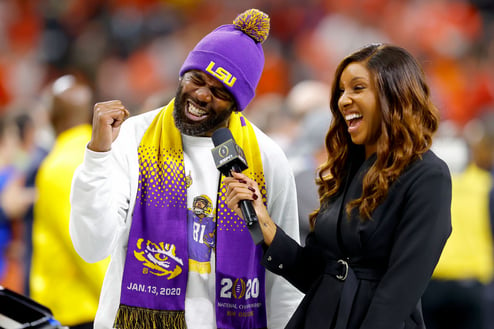 Magic Johnson - "LSU's win is a feel good story for college football fans everywhere starting with Coach O's journey of being overlooked and fired then returning to Louisiana to coach the home state powerhouse."

Emily Dixon - “Still feels like a dream…the best dream ever!”

Kirk Herbstreit - “Privilege & an honor to call last night’s National Championship Game. Congratulations to @LSUFootball on finishing off a historic season. The most prolific offense I personally have EVER seen...”

Lolo Jones - "I don’t know who I am more proud of LSU football for winning The National Championship Game or me wearing these boots for more than 13 hours and not dying. ⁣AND IM PUTTING THIS OUT THERE NOW @espn I officially nominate @lsufootball for best team of the year for an #espys #geauxtigers #lsu" 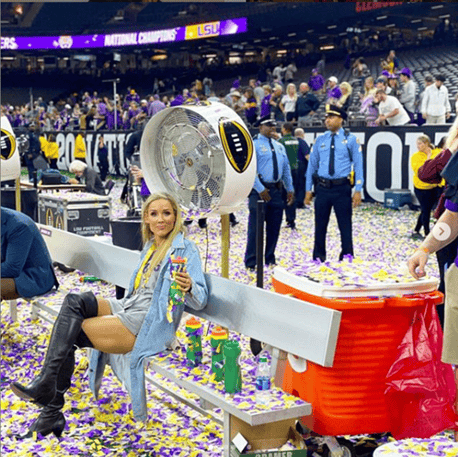 Dude Perfect - "We had an absolute blast Monday night at the College Football Title Game! Got to hang with some awesome people! Thanks @Twitter! Gig’Em Tigers! #TweetSuite"

Steve Scalise – “NATIONAL CHAMPIONS!! Perfect, record-breaking season for LSU and Heisman-winner Joe Burrow. Great to watch them win it all in the Superdome with @realDonaldTrump! Next Stop: The White House? #GeauxTigers"

Smylie Kaufman - “Ty everyone for the gifs. Helluva a year. Still can’t believe it. #ForeverLSU #GeauxTigers

Ben Simmons – "Congrats to @LSUFootball! I know Baton Rouge as well as the whole Boot is going crazy right now"

Cole Tracy - "On December 17th, 2017, I arrived to Baton Rouge for my Official Visit. The entire weekend consisted of @Coach_EdOrgeron telling us that the state of Louisiana was on a path to winning a National Championship. Well, the man was right. This one is for you Louisiana. #ForeverLSU"

Les Miles - "Congratulations to the players, coaches, staff and fans of LSU on winning the National Championship!"

Terri Broussard Williams - “Waking up this morning with the swag of a Tiger and heart of the land! Favorite quote from last night was from @espn “People from Louisiana aren’t from there, they are of there.” – Scott VanPelt #GeauxTigers