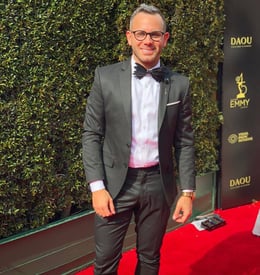 What are you up to these days?

Can you describe yourself in 3 words?

I'm very long-winded so three words is a little difficult. I would say unsuspecting, creative, and immature.

My favorite place that I've ever traveled is to Europe. I'm going back there - going to Portugal and Spain so I'm very excited about that.

If you weren’t working in entertainment, what do you think you’d be doing?

What is your favorite place to eat near LSU campus?

I didn't have Taco Bell on campus which I'm upset about but NOW I would have to say Louie's. My father would always take me there as a kid growing up. When I go back those hashbrowns are primo.

My hero is my mom. 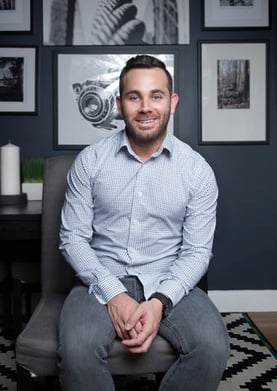 Are you a health nut or a junk food junkie?

I think I'm a mix of both. If there's healthy junk food I'm all about it.

What’s the best thing about living on the West Coast?

The weather. It's unbeatable.

Where do you see yourself in 10 years?

In 10 years I'd ideally like to be selling a show, running a show, having a family, and living in Malibu. Why not?!

What is the funniest thing Steve Harvey has ever said to you?

Steve Harvey has referred to me as a little shrimp. He said that I am probably packed with flavor but small in size, so I'd say that!

What is your best memory from your time at LSU?

What is your spirit animal?

I would have to say a Tiger, obviously, but I think maybe a hummingbird - small in size and really fast.

Why are you proud to be an LSU alum?

I'm really proud to be an LSU alum because of the wealth of knowledge and contacts that I've gotten during my time at the university. Without being an LSU graduate I wouldn't know the people that I know, wouldn't have the connections in the industry that I have, and I wouldn't have been able to pursue the career that I have now. I am really thankful for my time there and my time as an alum as well.