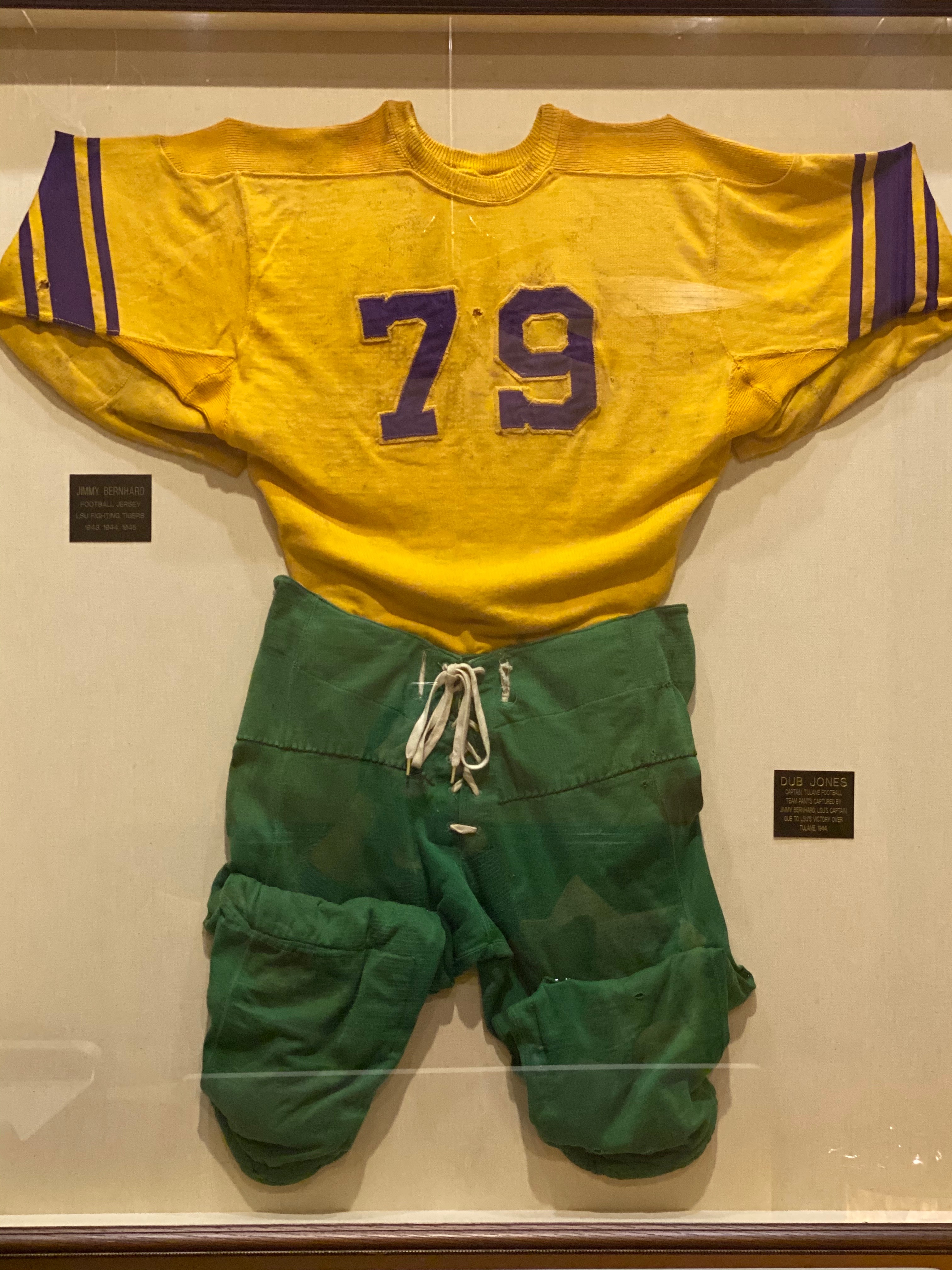 LSU Alumni Spotlight: Jimmy Bernhard and the Battle for the Rag

LSU alumnus and 1944 LSU football team captain Jimmy Bernhard was celebrated as an honorary team captain at the LSU vs. Texas A&M football game on November 30 along with several other Tiger greats. Bernhard was a tackle during the ’43, ’44, and ’45 seasons. He has been an instrumental part of the Lafayette and Baton Rouge communities since his LSU days.   Bernhard led the team during the height of the LSU vs. Tulane rivalry fondly referred to as The Battle for the Rag. Many Tiger fans are familiar with this tradition but there is a piece of the story you may not know about that involves Jimmy Bernhard.